If you’re just now tuning in you might consider checking out the previous post for a little more context. 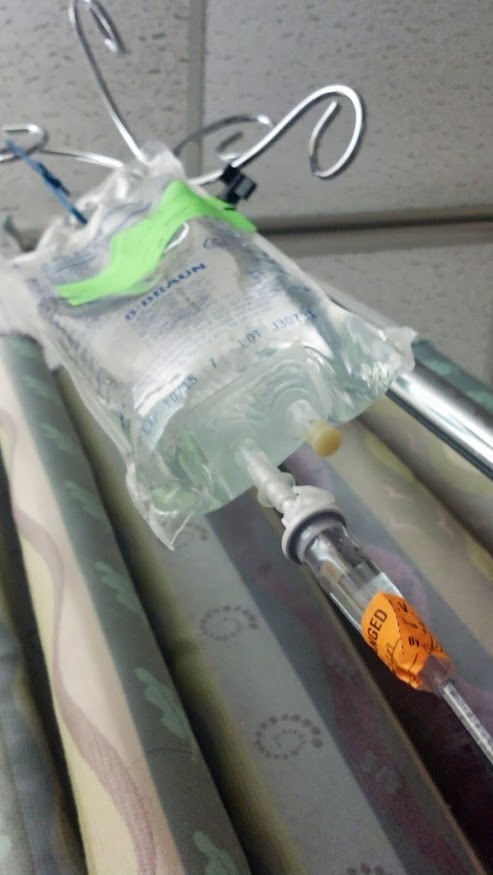 Last night around 1:00 AM a tall lean Russian surgeon named Eugene walked into my room and started talking. Normally it’s just nurses and PA’s that talk to me, so naturally this seemed like a bigger deal. Apparently my fever has been anything but consistent. It broke yesterday around 3:00, and then spiked to 101.something at 9:00 o’clockish. The reason Eugene came to me was because the spike in my temperature suggested that the infection might have spread to my blood stream. I’m pretty sure that’s both terrible and miserable.

The good news Eugene did bring was that I am “clinically very fine.” He even hesitated wondering if he should take the blood cultures at all. After a couple minutes of talking we both decided it would be better to check it out –which requires a couple awesome needles– than assume everything’s fine. Still no word on that, but I have a feeling deep down that my blood is in good shape.

I got a decent night’s rest last night. It was definitely broken, but sufficient and comfortable enough. This morning the pain in my gut has lessened, but not by much. Around 6 AM a whole army of doctors gathered around my bed to tell me the same thing I’ve heard since I first got here; we’re trying to nuke the infection with antibiotics and keep the digestive system relaxed. Any activity in my digestive system can essentially help spread the infection. Unfortunately this still means no eating or drinking anything. I finally talked the nurse into upping the dosage on my IV because I constantly feel thirsty, and I don’t think I’m getting as much fluids as I do on a typical day at home.

The second reason for not having any fluids or foods is a precautionary measure. If I need to be moved into surgery then my gut is already a clean slate for them to work on. We’re gonna hope that doesn’t happen though. If they operated on me now they would not only remove the appendix, but they would remove part of the colon too because the infection is all over. Essentially this would mean a lifetime of diarrhea or frequent bowel movements. Needless to say, that’s a last resort, and it’s one option I’m not the least bit excited about.

I’m staying positive, keeping a gratitude journal every day in spite of the fact that my condition is pretty much the same it was when I walked in. I can’t say I’ve gotten much better, but I don’t have any reason to believe I’ve gotten worse either.

Lacey is back in school today, so I’m flying solo here at the hospital. I’ve got magazines, my laptop, several movies, and my Moleskine to keep me company.